Is There Room for Consolidation in the Dry Bulk Industry? 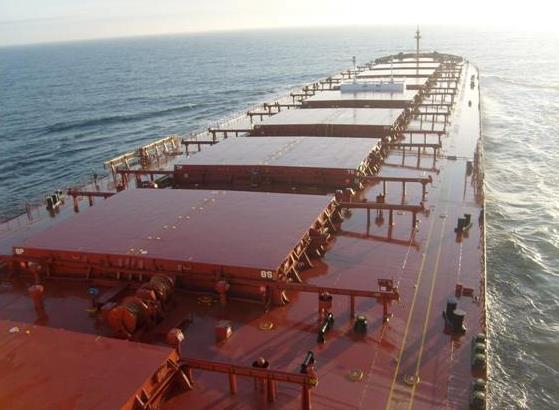 Consolidation through mergers and acquisitions has been a very prominent trend in the container shipping industry, and more recently the tanker sector.

Liner majors such as Maersk Line, Hapag-Lloyd and CMA CGM have already availed of the opportunity to bolster their fleets and reap the benefits.

Nevertheless, there are opposite opinions when it comes to consolidation in the dry bulk shipping industry.

“At least five fleet consolidations will take place within the next twelve months,” Robert Bugbee, President of Scorpio Bulkers, said while speaking in a panel discussion on the dry bulk shipping industry organized by CapitalLink.

At least three of these are expected to take place by June, Bugbee added, without specifying details of the companies that might turn to such a move.

As explained, the consolidation is ready to happen in the dry bulk as well, especially taking into account the fact that providers of capital have expressed their preference of giving capital to larger companies rather than smaller market players. As a result, a number of companies in the market are considering joining forces and have launched discussions with counterparts and investment bankers.

On the other hand, Polys Hajioannou, Chairman and CEO of Safe Bulkers, doesn’t believe there will be much consolidation in the dry bulk sector.

“Each company has is own ideas and policies, and I don’t see many companies out there that could come together and make a meaningful contribution through consolidation,” Hajioannou said.

The example of Fredriksen Group acquiring Quintana last year was an exception and had a good timing, according to Hajioannou. However, the deal is not likely to usher in a trend in the industry, he explains.

The forecasts are being made as the dry bulk sector emerges from the historically low point in the shipping cycle driven by higher demand for dry bulk cargo originating from China and Brazil. The fundamentals on the supply side have also reached a good point, especially due to the yard availability constraints that are expected to keep ordering activity at bay.